Crossfire: The Minimum Wage Will Not End Poverty 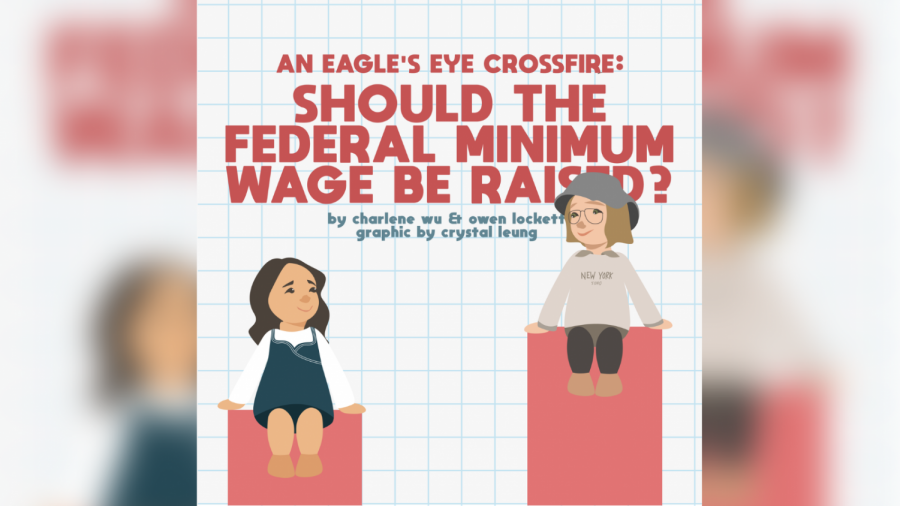 Raising the federal minimum wage is not the save-all solution to raising low income workers out of poverty in America. This burden actually ends up on the shoulders of small rural business owners and marginalized workers, causing more detriment to the public that should not have been given this societal responsibility in the first place.

Economists are quick to point out the most obvious direct effect from raising laborers wages is that firms’ resource costs would increase. It is unlikely there will be an immediate decrease in US jobs given patterns from the early 20th century.

However, this increased cost will still over time encourage the implementation of machine labor, being cheaper than the doubled human labor cost. This can be seen in the widespread presence of self-checkout machines in high cost labor markets such as Western Europe. Arguments can be made that such change is inevitable, however many small businesses continue to rely on human labor being more affordable than expansion into new technology.

To combat the increase in resource cost, small firms could cut back on employee benefits. This causes firms to lose competitive edge in hiring. Furthermore, laborers are to seek and pay for such benefits out of pocket. Some corporations such as Amazon are able to raise their wages and still continue giving benefits. However, this is from being naturally monopolistic from large economies of scale, in which as the company keeps expanding, their production costs decrease in the long run and their efficiency has an unfair advantage over others. Smaller businesses, especially those in population sparse areas, are unable to achieve such expansion. Therefore, comparing such corporations’ wage raises to a federal minimum is unfair to the majority of the local business owners.

Additionally, a federal minimum would increase labor competition.  As firms are allowed to choose who to hire, this raised minimum could actually hurt marginalized workers the most. Firms could turn away workers that are neuro-divergent, teenagers or those with disabilities, when the cost of employing them are the same as a neurotypical adult with a longer resume. An alternative to an identical wage across the board would be to instead provide direct financial incentives to firms that give raises to specified marginalized groups. This way, more are encouraged to be hired and still provided a fair or higher wage.

It is also important to acknowledge that the US is made up of states with regional variation. Workers in urban areas, like New York City, do require more than $15/hour to live in such expensive real estate. However, such a price is not one size fits all, as the cost of rent is not constant across the nation. The average monthly rent in New York, NY is $2,460, in comparison to Tulsa, Oklahoma’s $630 average (Zumper National Rent Report: March 2021). Likewise, the cost of everyday products and residential taxes are different across states. Urban city governments such as Seattle have already taken municipal action to raise their local minimums to combat this federal wage deficiency. Raising the federal minimum to what is already their local minimum would have little to no effect on these urban cities, but place large budget changes in nonurban areas such as Tulsa.

Given that increasing the federal minimum wage disproportionately affects small rural business owners, the responsibility of raising workers out of poverty should not be on them. It is unrealistic to conclude an immediate increase in wages would pull citizens out of intergenerational poverty when barriers such as commercialized healthcare and private loans still exist. Raising the federal minimum wage is not the effective solution. The cost of living should be decreased by combating poverty’s root causes with federal subsidies or expansion of federal social services, not burdening small rural businesses and marginalized workers.